During 2018 Nebraska Public Transit Week (April 8-14), 35 public transit agencies, including 32 rural public transit providers, held events throughout the state. There were 41 media stories covering providers and their events. In addition, providers were able to meet with state representatives at the Nebraska Association of Transportation Providers Legislative Event, and with local elected officials at their events.

View photos from events around the state. 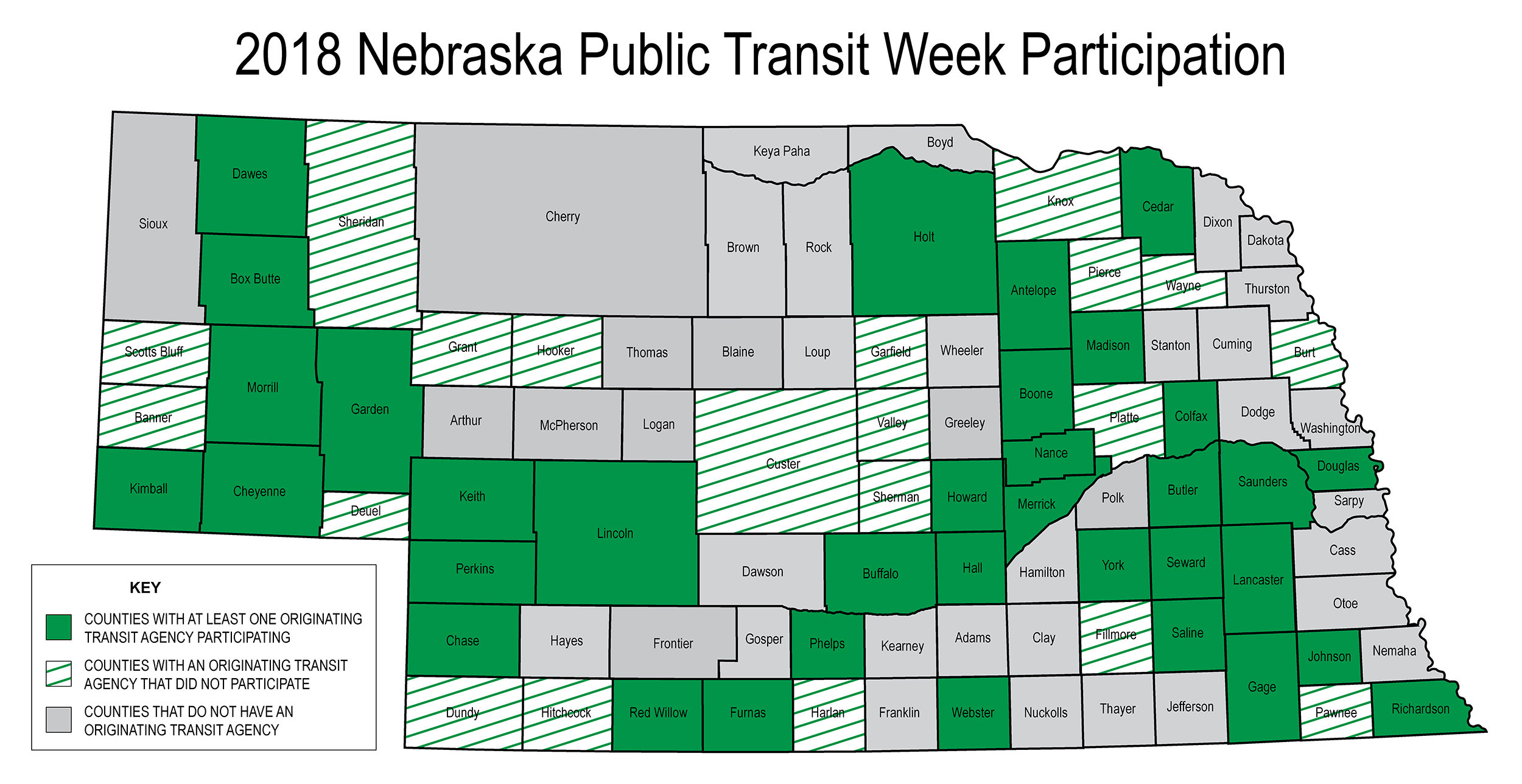 Each agency decided which types of events to host during Nebraska Public Transit Week. Agencies hosted Buy One Get One Free Buddy Days and Passenger Appreciation Days with free or discounted rides for passengers. Larger events tended towards open houses or open garages at the agency facilities. These averaged a few hours and typically included free food for visitors. Open houses and garages provided agencies the opportunity to promote their services to the community. One of the most popular event types was Stuff the Bus, where agencies collaborated with a charity and encouraged the public to bring items that would benefit that charity’s cause. The agency loaded the donations into a bus to display progress towards the goal, and then delivered the items to the charity afterward. Advance staff finalized planning for and attended over 30 events throughout northeastern, southeastern, central, and southwestern Nebraska during 2018 Nebraska Public Transit Week.

Click on header to view agency events and/or activities.

Your Rights Under Title VI

Title VI Notice to the Public